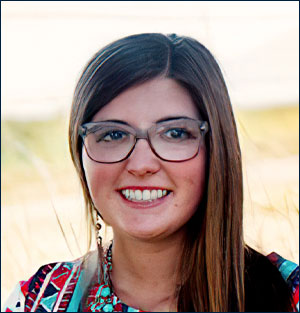 Mattie will be attending the College of Southern Idaho this fall to pursue a degree in Veterinary Technology. She has been actively engaged in several organizations throughout her high school career including FFA, Superintendent Advisory Board, Round Mountain High School Class of 2021 Student Council, and Nevada State High School Rodeo Association. Mattie plans to become a licensed veterinary technician and possibly pursue a Doctor of Veterinary Medicine degree.

The Monopoly in the Beef Packing Industry

I think we can all agree that not much good has come out of the current coronavirus pandemic, but perhaps one good outcome is the exposure of the monopoly in the meatpacking industry in the United States. In 2020, reports and stories circled the national news and social media platforms, exposing an industry issue that has been buried for decades. Even President Trump addressed the need for exposure and change. Turns out, the meat packing industry is controlled by four major corporations who have been running the show for a hundred years. Millions of Americans, including myself, were shocked to find out of the current corruption that commercial producers and ranchers were dealing with. After researching some history and digging up truths, my curiosity led me to contact a local rancher to see his perspective on the meatpacking industry issues. What was historically a natural progression of progress and growth has turned into a controlling monopoly of greed and power.

In the early 1900’s two urban stockyards and processing plants - Omaha and Chicago - dominated the commercial meat market. Back then, the Big Four meat processing plants were Armour, Swift, Cudahy and Wilson. They controlled 40% of the fresh beef trade. Cattle were transported to these feedlots, then processed and sent out to butcher shops around the country, but not the way meat is seen in grocery stores today. Sides of beef were sold to local butcher shops who then sold cuts of meat to customers. The government stepped in in the 1940’s to break up the monopoly of the Big Four and from that intervention a new Big Four was formed. It wasn’t until the 1960’s when most homes had refrigerators and freezers that “boxed beef” in clear packaging was sold in grocery stores, thanks to the innovation of IBP, or Iowa Beef Packers. (Ganzel, 2007) From then on, meat was processed and packaged at packing plants and shipped out fresh or frozen through the newly expanded highway system, allowing boxed beef to be transported by truck as opposed to rail.

According to one 2013 source, 85% of all US beef is still produced by four producers. The Big Four, as they’re still known by, are underregulated and overprotected by the government. After the Big Four was exposed to the public about their strategies that are forcing ranchers to sell the cattle under market value, the lawsuits broke out in an attempt to get these companies split up. Tyson Foods, JBS, Cargill, and National Beef control most of the beef packing market and dictate prices all the way down to the rancher. Due to the control that the Big Four has on the processing and packing of beef in the United States, ranchers are forced to use these companies because there are no other alternatives. After the cattle are sold to one of the companies associated with the Big Four, the prices are heavily increased once the meat is sold in stores. This results in a giant profit margin for the Big Four, while cattle producers barely break even. Ranchers are attempting to hold their cattle back and get them sold locally, but there comes a point when the cattle must be sold in order to still have valuable meat. Local packing plants would not be able to accommodate the mass processing of cattle as well as their current clientele. An online reference states, “ ...smaller local custom plants are busier than ever, but are carrying on their business with integrity.” (Stadheim, 2020). Local packing businesses are doing their best to meet the needs of all people, while still keeping their prices fair.

Even though the Big Four seems so far removed from what goes on in Nevada, the effects of this monopoly reach rural Nevada ranchers. To get the inside scoop, I interviewed Mike Hastie, the owner and operator of the Twist Ranch in Big Smoky Valley, Nevada, to ask him just how far the Big Four’s reach goes. Mike states, “The packers have a huge profit margin with little to no risk involved where the rancher or stocker has a very narrow profit margin with the big risk of losses due to death of calves, weather (drought), and high feed or pasture cost. The packers are under scrutiny but nothing has been done to remedy it to this point.” (M.Hastie, March 9,2021, email interview). Commercial and local ranchers are dealing with tight budgets to begin with and then not making money from the sales of their feeder cows due to the control from the packing industry puts them in more of a bind. In theory, when the supply of a resource goes up, the retail value should go down. The packing industry has reversed this and paid less for a resource that is in demand so they can charge more to increase their profit. After the exposure of the corruption that has been occurring, ranchers and stockers are encouraging citizens to buy their beef locally, instead of supporting the Big Four. While this helps in the short-term, legal action will be required to make long-term changes that will positively affect the industry. Mike is hopeful that the current legislation known as the Cattle Market Transparency Act of 2021, will hold packing plants more accountable for fair prices and fix the current monopoly in the meatpacking industry. The Cattle Market Transparency Act of 2021 was developed on March 2 of this year by Deb Fischer and Ron Wyden. This bill aims to have the meatpacking industry held accountable for the prices they pay and charge, as well as having mandated requirements through the USDA. Ranchers and commercial producers have come up with this proposal to combat the monopoly that the meatpackers have formed.

In closing, the exposure of the meat packing plant monopoly has developed an uproar in citizens across the country, including myself. For many years, this issue has been buried, and not brought to the attention of the consumer. The Big Four have taken over the United States packing plants, and are in total control. While industry progress and growth over the last 100 years spurred the conception of the current meat packing system in the US, government regulation and controls need to be put in place to prevent the collapse of the US beef producer. Mike and other ranchers are hopeful that this new legislation will be the beginning of change that’s been a long time coming.